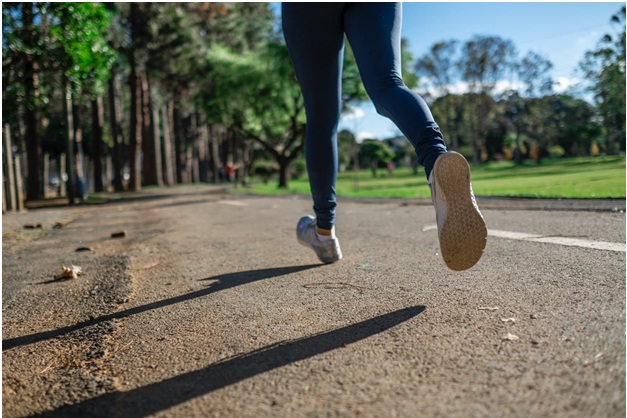 There are probably nearly as many kinds of holsters available to modern consumers as there are handguns and other tools for self-defense. Due to this level of diversity and differentiation between products, some holsters are more functional in some situations than others.

For example, OWB holsters are better for open carry in locations where concealed carry is restricted or prohibited. By contrast, IWB holsters typically enable practical access to a firearm while keeping it concealed and comfortably situated on your person. Some holsters can be switched from OWB to IWB to enable the wearer to switch back and forth between open and concealed carry as necessary.

Other options include ankle holsters, belly band holsters, shoulder holsters, and other holsters that are suitable for handguns of all sizes and for different carry locations on the body. Some holsters are more practical for casual clothing, whereas others have been developed to prevent printing under athletic clothing and are designed for those who lead active lifestyles.

Regarding specialization, there has been a shift in gun ownership and every year, more and more new gun owners are women. A result of this trend has brought not only new women gun owners into the fold, but also women who practice concealed carry for self-defense.

Not all of these women lead the same types of lives. Some may work in offices, whereas others work in service or in the outdoors. Some of them may be interested in a women’s gun holster for running to accommodate their active lifestyles or for self-defense and preparedness while they are exercising.

Concealed carry holsters, including those that are marketed as gun holsters for women, are not all created equal. Some of them have inherent design issues. We systematically addressed many of these issues in the development of some of our concealed carry holsters that make carrying a gun safer, more comfortable and more practical.

The issue with running is that many people engage in it alone, during odd hours, and occasionally in isolated areas. Those factors, either individually or together, produce scenarios that make the value of preparedness that much more important. The issue lies with the fact that some so-called running holsters simply don’t deliver

Although Pistol Wear was the first company to focus on the development of a superb holster for runners, there have been other holsters designed and developed over the years that are considered or marketed as running holsters, but many of them don’t hold up to the designation. They’re consistently hounded by some of the following issues.

●Bouncing, rolling, and flopping: Some holsters marketed as running holsters may appear to fit securely on your body when you’re at rest. However, during the movements of running, jogging or biking, some of these holsters will bounce, roll, flop or otherwise move about. This is, first off, very uncomfortable, and it can be a huge distraction. Secondly, running holsters that don’t stay securely in place while running can present a distinct hazard. At the very least, they will eliminate the discretion of concealed carry.

●Shifting or migrating on the body, eventually moving to an uncomfortable position: even if the holster doesn’t bounce or roll while you’re running, if the repeated, sustained movement of running or jogging causes it to shift or migrate on your body, that can also present an issue. It will likely eventually move into an uncomfortable position. In addition, when you train with your firearm, you train for consistency, expecting your firearm and your holster to rest in one place on your body. If they shift, it can throw off your muscle memory and your training.

●Excessive sweat making contact with the firearm: It’s a fact of life when you work out, you’re going to work up a sweat. The problem is that most holsters are simply not equipped to deal with this unique issue. They’re designed to secure a firearm, not to protect it from sweat. The problem arises when excessive sweat contacts a firearm and makes its way into the mechanical works of a firearm causing problems.

●General discomfort or poor design: Just as a holster that’s designed for running may sit comfortably and securely on your person before you run, its comfort might be temporary. Many holsters that are apparently well designed will only become uncomfortable once you begin to run in them, by which point it’s too late and you’ll need to think seriously about getting a new one.

●Difficulty of access: While we don’t market our holsters as quick-draw holsters - they do secure your firearm in a location and will not move, shift or migrate when they are secured and adjusted correctly. Because of this, they afford you reliable, convenient access to your firearm, where and when you need it.

●Comfort: Unfortunately, the only time you should sacrifice comfort in a holster is when that comfort would come at the expense of safety. Safety is the only thing more important than comfort in a holster, but the problem is that some designers have simply overlooked comfort when designing women’s gun holsters. Some holsters designed for ladies that have the appearance of a belly band holster are simply uncomfortable, made of thin fabric that poorly secures the firearm and leaves much to be desired.

●Issues associated with printing: Some women’s gun holsters, being made from the aforementioned thin fabrics, have issues with printing. This can create issues as it puts a target on the person carrying a firearm and is a situation that must be avoided - unless the individual expressly wants to practice open carry.

●Impractical design and unsafe features: Women’s gun holsters that place more of an emphasis on lace and ornamentation than they do on the security of the firearm are inherently unsafe. Some of them do not create an adequate barrier between the firearm’s trigger and access to it from outside.

●Lack of flexibility in carry options: Though this is only an issue if it presents a problem for the person in question, some women’s holsters are so designed that they only offer one or two options for carry. This can actually be a benefit if it’s what is called for, but it can also be a limiting factor if not. Versatility is often a virtue.

Requirements for a Secure, Practical Holster 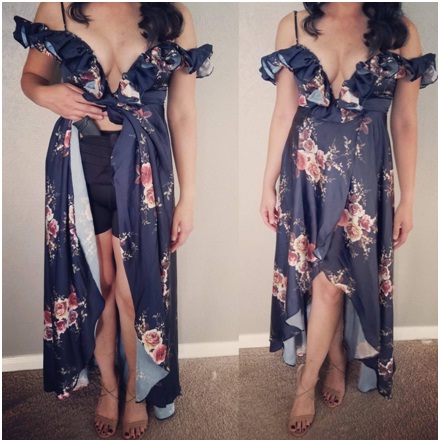 Before we can enumerate the steps we took to improve on the holsters that were available to women gun owners that also lead active lifestyles, necessitating a women’s gun holster for running, we have to clear up some of these items that are required for a practical holster. These features are vital in any holster, no matter how it is designed or who it is designed for.

●Safety: Safety is the most important attribute of any holster, period. It must secure the firearm properly, prevent shifting, eliminate access to the trigger from without, and otherwise forestall any mishaps. The only way the firearm should become dislodged or removed is by a purposeful, deliberate act on behalf of the wearer.

●Reliability and a secure fit: A holster, whether for running or not, must reliably fit the wearer and should not shift or migrate on the body when adjusted and worn properly. That not only enhances comfort but makes it possible to train proficiently.

●Preventing printing: Any concealed carry holster, whether a jogging holster, a Kydex holster or otherwise, that prints the firearm or announces itself destroys the element of discretion and has lost most if not all of its value for concealed carry.

●Comfort: Finally, if comfort can be addressed, it should be. There is little point in wearing a holster that is uncomfortable unless it is only uncomfortable by virtue of the measure of security that it offers. 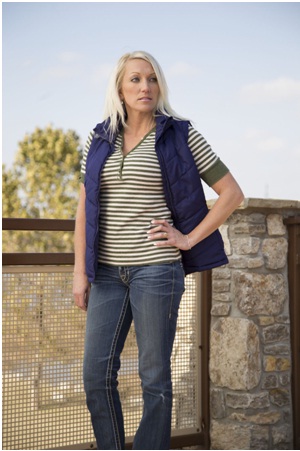 Like the PT-ONE, the PT-2 Concealment Holster is constructed to a high standard of quality utilizing premium materials and can be worn either as an OWB or IWB holster for concealed carry. As a practical women’s gun holster for running, if it is adjusted and worn properly, it will not bounce, even while the user is running, jogging, or biking.

It is suitable for both right-handed and left-handed individuals, ideally designed for use with compact handguns, and is ideal for both casual and athletic apparel. In addition, the pouch area that contains the handgun is very comfortable and well-cushioned, securing the firearm in such a way that it will not contact skin - and there is a perspiration barrier to protect the gun as well.

It also contains a rigid outer wall that protects the handgun and helps to prevent printing. As such, as a women’s gun holster for running, it addresses all of the problems faced by similar holsters, solving them each in turn.

It exhibits the same premium workmanship and construction as both the PT-ONE and PT-2 Concealment Holsters, although, unlike them, it has not been purposely designed as a running holster.

With that said, the Lady Defender Concealment Holster is remarkably comfortable, can be worn around the waist or higher up under the arm, and when adjusted properly, will not shift or roll. As it’s not designed expressly for athletic activity, it is most compatible with casual or formal attire.

It possesses many attributes similar to the PT-ONE and PT-2, including a rigid outer wall and a perspiration barrier. It’s also capable of accommodating trigger guard mounted lasers and is most compatible with a number of popular subcompact handguns.

These are our two most suitable options for women gun owners, with the PT-2 Concealment Holster being the clear option for those looking for a holster designed for those who live an athletic lifestyle.

Keep in touch with us via our social media channels, Facebook and Twitter, so you can keep current with news and developments and stay up to date.

If you have any questions about any of our holsters, including the holsters that we have not addressed in this post, please feel free to contact us either by email or by phone. You can reach us at [email protected] or at 1-918-289-2976. We value our customers, and whether you’re looking for a recommendation or just have some questions, we’d be glad to help.